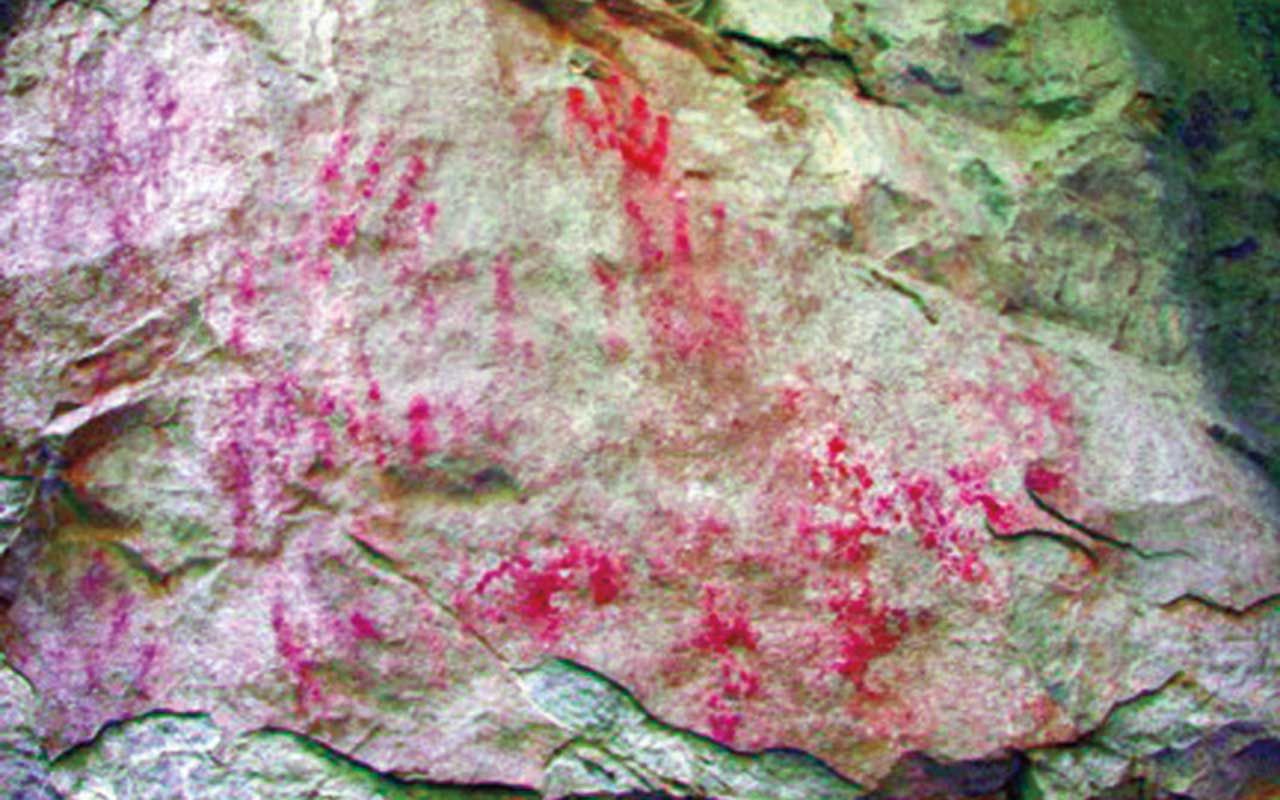 The Bow Valley in the Canadian Rocky Mountains just and hour's drive west of Calgary is a popular destination for visitors from around the world. Every year millions of people make the journey to the small mountain towns of Canmore, Banff and Lake Louise to take in the world-class mountain vistas, wildlife viewing and backcountry adventures.

With all of this distracting scenery and activities it's easy for us to forget that these mountains have been home to humans for thousands of years before European settlers made their way to the Bow Valley. Evidence of these early inhabitants is elusive even if you have an idea of where to look because over time these sites can be weathered and worn to the point they are barely recognizable.

Around the town of Canmore there are three relatively easy-to-access sites home to ancient pictographs, which are paintings that have been made on rock with a mixture of red ochre and grease - not to be confused with petroglyphs, which are etchings made in the rock. While the pictographs have faded over time (and unfortunately also due to vandalism) it is still possible to see the original paintings at Grassi Lakes, Grotto Canyon, and Rats Nest Cave and they are a great way to sneak a peek into a piece of the valley's past. 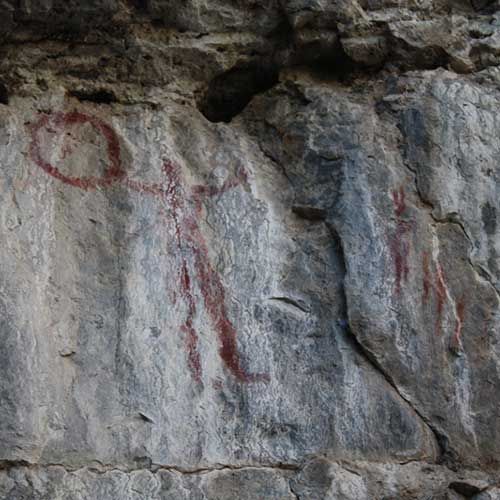 Grassi Lakes is a popular hike with great views and two beautiful turquoise lakes. It is located minutes from downtown Canmore just past the Canmore Nordic Centre on the Spray Lakes road so it can be a very busy spot during the summer. get an early start to beat the crowd! This is also a popular climbing area so you are sure to see many climbers dangling off the cliffs, and it's good to be aware of potential rockfall from the road above.

Click for a detailed route description to find the Grassi Lakes pictographs.

Grotto Canyon is most popular in the winter because the canyon floor is a river in the summer, but if you are prepared to get your feet wet it can make for a fun adventure on a warm day. The pictographs here are a little challenging to find and you will need to look carefully to see them. If you make it all the way to Grotto falls without seeing the pictographs you've gone too far!

Click for a detailed route description to find the Grotto Canyon pictographs. 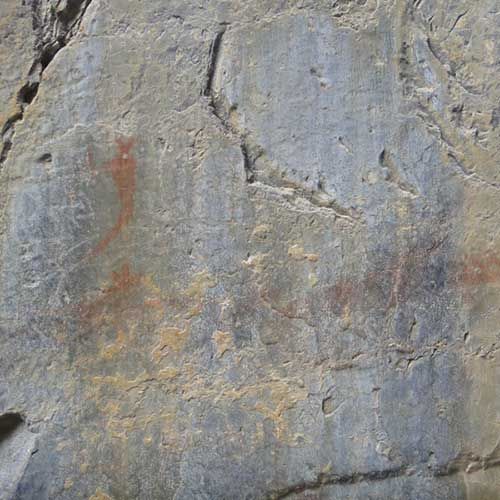 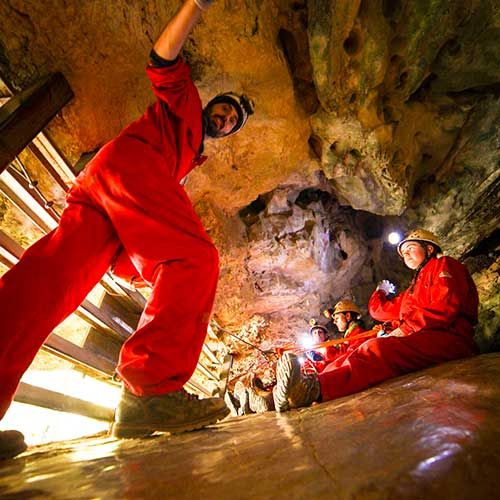 Photo: The entrance of Rats Nest Cave is home to pictographs and ancient bones (by Michael Kearns)

Rats Nest Cave is home to another group of pictographs but because of the protected status of the cave you will need to join a guided tour to see them. Due to the humidity at the cave entrance the pictographs have seen substantial weathering and are quite difficult to make out, but where they lack in detail they make up for in setting. The pictographs are located in the entrance of the cave above a 15m deep pit called the Bone Bed, where bones from many animals have been deposited over the millennia. The oldest known bones are 7000 years old, which predate the oldest known visitations by people, but human-modified bones have been found dating as far back as 3500 years. Artifacts such as hide scrapers and a projectile point have also been discovered in the cave.

Join us for a Discovery Hike to see the pictographs, or one of our Cave Tours for a full tour of the cave.